Award-winning composer, sound artist, teacher, vocalist and guitarist, Dr. Nick Vasallo is "a composer on a mission and one possessed of a distinctive voice" (Michael Quinn, The Classical Review, 2012). His music exhibits "strokes of genius that blend the density of heavy metal with the harmonics of gamelan, the polyrhythms of taiko, and atonality,"(François Couture, Monsieur Délire, 2012) "…creating new sonic alloys never heard before. Vasallo's work is a fresh music that may help usher in a new audience for classical music." (Daniel L. Muñoz, I Care If You Listen, 2014)

Born and raised in the San Francisco Bay Area, Nick Vasallo began performing music in high school where he picked up the electric guitar and eventually formed Antagony, an influential extreme metal band in the underground. While pursuing a career as a film composer, he decided to begin formal music training at Cal State East Bay where he studied composition and obtained his Bachelor of Arts degree in 2007. As a Chancellor's Fellow at University of California Santa Cruz, Dr. Vasallo completed his Masters in 2009 and subsequently went on to finish his Doctorate in 2011 as a President's Fellow.

Read the recent article about Dr. Vasallo in the DVC Inquirer. 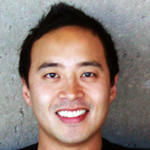