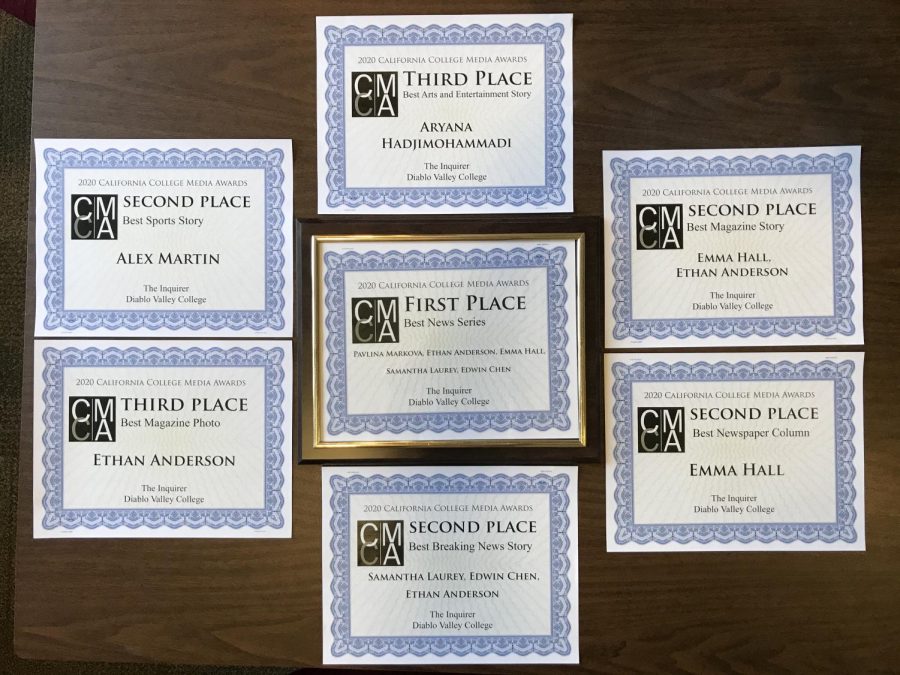 Anderson and Hall also took home second place in the Best Magazine Story category for their profile piece on basketball player Jasmine Kong, “In the Face of Struggle, She Fought Back.”

Second place for Best Newspaper Column went to Emma Hall for her articles, “Suicide Can No Longer Be Silenced,” “Sexual Assault Victims Are Facing New Horrors in 2019” and “DVC removed Our Adviser: Editor-in-Chief Speaks Out.”

Anderson placed third in the Best Magazine Photo category with his photo featured on page seven in the Spring – Fall 2019 edition of Ink.

The CCMA awards come after The Inquirer received eight awards from the Journalism Association of Community Colleges in November 2019.

The paper is proud of its staff, past and present. Everyone in the newsroom helped in one way or another during the process of publishing those award-winning stories, and the publication would like to thank the entire staff.