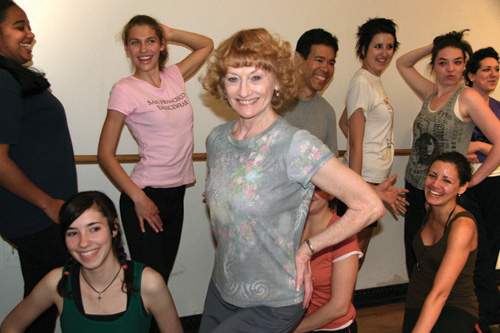 Stockdale, who has taught at DVC for 11 years, claims musical theatre as her true love. She won the award for Specialties (fight choreographer, video, musical directors, original score) for her choreography in "The Will Rogers Follies" presented by the Diablo Light Opera.

Stockdale contributed to the success of others as well, according to Shane Partlow, the winner for principal performance by a male, also in "The Will Rogers Follies".

"I am more of a mover, not a dancer," said Partlow, "but Shari made me look very good in the show and I am very grateful for that. It is thanks to Sheri and the whole cast and crew of 'The Will Rogers Follies' that I won the award."

This year, the awards were sponsored by the Actors' Equity Association, representing more than 900 actors and stage managers in the Bay Area. "We are pleased to join the SFBATCC in honoring the achievements of our members and all artists in this incredibly talented community," said David Lotz, AEA's National Communications Director. "We both share a common goal to support professional equity theatres in the Bay Area in order to improve the livelihood of the artists who work in those theatres."