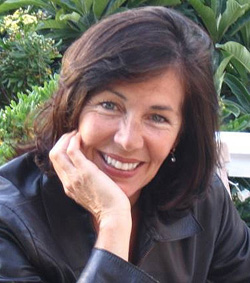 DVC English professor Susan Browne has been named by Steel Toe Books as the winner of the 2009 poetry book Editor’s Prize.

Tom C. Hunley, director of Steel Toe Books, selected Zephyr by Browne, saying “Browne’s poems have both heart and smarts, both gravitas and a sense of humor. . . a keen and compassionate eye.”

The book will be published in the fall of 2010. Steel Toe Books publishes one to three single-author poetry collections per year. Its authors have been featured on Garrison Keillor’s radio program, The Writer’s Almanac, in American Life in Poetry, and others, and have been reviewed by a number of literary publications.

Browne’s poetry has appeared in Ploughshares, Subtropics, River City, The Mississippi Review, Gargoyle, Margie, and other literary journals and anthologies. Her awards include prizes from the Chester H. Jones Foundation, the National Writer’s Union, the Los Angeles Poetry Festival, and the River Styx International Poetry Contest. Her work was nominated for a Pushcart Award.

Her first book, Buddha’s Dogs, was published in 2004, and was selected as the winner of The Four Way Books Prize by Edward Hirsch. Former Poet Laureate Ted Kooser recently selected one of her poems for his column, American Life in Poetry.

Browne has been at DVC since 1985, and teaches composition, literature, poetry and creative writing. She has been writing poetry since she fell in love with it as a child.