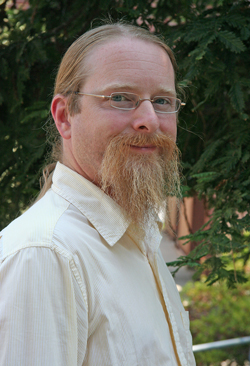 Mickey Huff, associate professor of history at Diablo Valley College, is the co-editor and part co-author of Censored 2010: The Top 25 Censored Stories of 2008-09, recently published by Seven Stories Press in New York.

The book is the annual volume by media research group Project Censored, which was founded in 1976. For more than three decades the group has been engaged in media research and First Amendment issues, as well as advocacy for, and protection of, free press rights in the United States.

The book is researched by hundreds of students and professors from around the country. It contains research on important national news stories that are under reported, ignored, misrepresented, or censored by the US corporate media, as well as numerous chapters of scholarly media criticism and analysis that focus on exposing corporate media propaganda.

Huff co-edited the book with Dr. Peter Phillips, professor of sociology at Sonoma State University. Phillips and Huff were director and associate director, respectively, of Project Censored, and are on the board of Media Freedom Foundation, directing a new college-based news research agency, Media Freedom International (MFI). Huff serves as College and University Affiliates Coordinator for MFI in conjunction with Project Censored.

In the preface, Phillips and Huff explain the corporate media’s emphasis on commercialism, the “inane,” the “irrelevant,” and their willful suppression of real news and information on vital issues.

The book is both a textbook and for use by the general public. “I have used the books in my classes on critical thinking for years,” Huff said. “And last year, we were recognized with the 2008 PEN Oakland National Literary Censorship Award.”

Huff has been interviewed by many radio stations and news sources throughout the country, and has co-organized and presented at numerous national academic conferences on media and recent historical events. He has also given many public addresses on media censorship and American history at colleges, community halls, and bookstores across the US. In spring 2009 he was the Visiting Scholar for the Academic Library at the University of Nebraska, Lincoln.