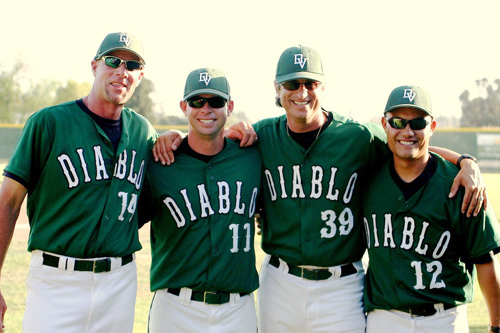 The Super Regional tournament is a double elimination format, and includes, along with DVC, Cosumnes River College, San Jose City College, and Ohlone College. The winner will go on to Fresno for the state finals.

First year coach Mike Neu was named Big 8 Conference Coach of the Year.
The Vikings were led throughout the season by a trio of First Team All Conference players: second baseman Tyson Edwards, outfielder Corey Conflenti, and designated hitter David Buscovich. Zack Boyd, shortstop, was named to the second team all conference. 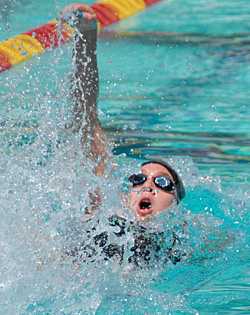 The Women's 400 meter freestyle relay team are the state champions, with the fastest time in the country for a community college.

The Men's 200 meter relay team pulled out an upset win.

The men's and women's track and field teams hosted the Nor Cal track and field finals at DVC's new state-of-the-art track complex. Athletes who qualified for the state meet are Pilar Hastings-Smith in the women's heptathlon; Chelsea Thommes in the women's 10,000 meters; Aaron Volkman in the men's shot put; Jeremy Rubio in the 3,000 meter steeplechase; and Jacob Enemark, who scored a remarkable double win in the 800 and 1500 meter races, and was also named the co- track athlete of the Nor Cal championships.

The new DVC LaCrosse Club was honored as the club sports team of the year.