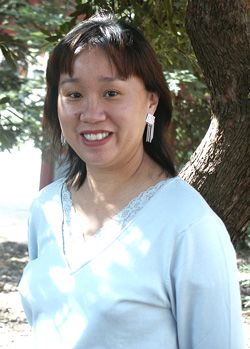 Christie Jamshidnejad, Diablo Valley College articulation officer, has been appointed by the Academic Senate for California Community Colleges (ASCCC) to its Transfer and Articulation Committee for the 2010-11 academic year.

As to her role on this state Academic Senate committee, Jamshidnejad said, “Various resolutions come from the Academic Senate plenary sessions, and some are assigned to the Transfer and Articulation Committee for further discussion and possible action. In addition to attending regular meetings, my role is to provide guidance and input and contribute information to help shape educational policies, as well as to present at workshops when needed.

“For example,” she continued, “this committee will have a large role in putting together a statewide Transfer Summit, per the ‘Resolution on Transfer Summit’ from the spring 2010 plenary session. The committee chair is an English professor from Long Beach City College, who is also on the State Academic Senate Executive Committee.”

Jamshidnejad said she had initially thought about declining the appointment, because she is just returning from sabbatical leave. “However,” she explained, “the topics to be covered by this committee were too vital to students to pass up, such as dealing with the primarily for profit/proprietary colleges trying to recruit community college students, including DVC students.”

“I encourage all DVC faculty to watch for articles in the upcoming Senate Rostrum publications,” she said, “as the committee will be writing/contributing information on various transfer and articulation issues.”