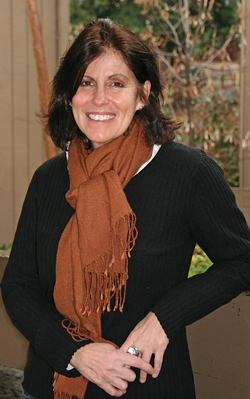 Virginia Mangrum, a part-time photo instructor in the art department at Diablo Valley College, is one of three featured artists at an exhibit opening March 15 at the DNJ Gallery in Los Angeles.

The exhibit, Night Lights, also features Helen K. Garber and Bill Sosin, and runs through May 1, with an artist reception scheduled for March 13. Mangrum’s body of work in the exhibit is titled “Night Moves II.”

A native of Redlands, CA, Mangrum received her bachelor of fine arts degree in photography from the California College of the Arts in Oakland and her master of fine arts in studio art from Mills College, Oakland. She has also studied at the San Francisco Art Institute and Summer Interdisciplinary Studies in Florence/Pienza, Italy. In addition to teaching at DVC, Mangrum works as an artist in the San Francisco Bay Area.

“Night Moves II is a continuing photographic examination of private places that uses voyeuristic observations at night to stress tension,” Mangrum said of her exhibit. “It isolates the anticipation associated with someone’s unpredictable arrival lying in wait.

“Darkness at its peak of the night is a place where many things can hide. Watching from within the dark shadows without being noticed is an activity that challenges all our society’s sensibilities and respect for another person’s privacy.”

“I have always been interested in the psychological relationship that exists between the human’s participation and space inhabited previously in the public and currently in the private,” she said. “With each piece of work I do, I find there is more to consider while pushing the idea forward beyond the lens, medium and presentation. I think it will never be done.”