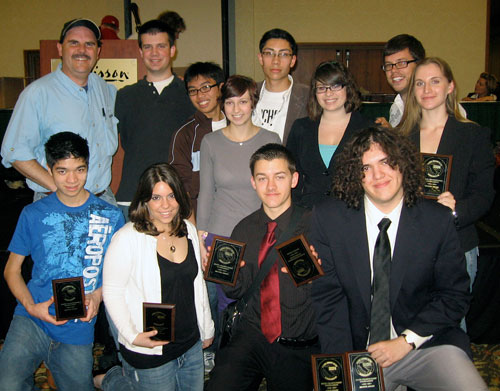 James Michaelson won a gold medal in the Lincoln-Douglas debate.

Bronze medals were won by:

Results from the Las Positas Talk Hawk Invitational in Livermore:

At the Spring Fling at Ohlone College, awards went to:

Fifty DVC students from both the Pleasant Hill and San Ramon campuses competed at inter-collegiate tournaments this spring, and the top speakers spoke at the annual Speech Night in April. The final event of the season was an intramural competition, where students from public speaking competed against each other and members of the speech team served as judges.

“We are very proud of our students and their accomplishments,” said Dr. Becky Opsata, DVC speech professor. “Our team touched more than 450 DVC students this spring. Our thanks goes to coaches Patrick Moe, John Hanecak, and Shannon Padilla, too, for their work and travel with the students.”