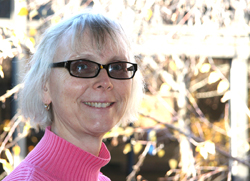 Mary Mazzoco of Oakland has been hired as the new journalism instructor at Diablo Valley College, and began teaching classes with the spring 2011 term.

Mazzocco grew up in San Francisco and Marin County, and graduated from Redwood High School in 1975. She earned her B.A. degree from Brown University in 1979 in semiotics, the study of signs and symbols that deals especially with their function in both artificially-constructed and natural languages, and comprises syntactic, semantics, and pragmatics. She earned a master’s degree in journalism from U.C. Berkeley in 1987.

After graduation, Mazzocco worked as a reporter at the Union Democrat in Sonora from 1987-1989. She then moved to the Contra Costa Times, working until 1998 as a reporter, assistant metro editor, features copy editor, and book and religion page editor.

In 2000 she left newspapers, went into education, and became the journalism instructor at Solano College where she was employed until coming to DVC.

“It’s nice to be back in the area where I worked as a reporter,” Mazzocco said. “The DVC Inquirer has a long and distinguished history, and it’s an honor to follow in the footsteps of Jean Dickinson, who was my mentor when I was transitioning from newspapers to education.”

When she’s not working, Mazzocco enjoys dry gardening, especially with California native plants and succulents, and bird watching. She says “I’m looking forward to checking out Hidden Lakes Park as the weather gets better.”