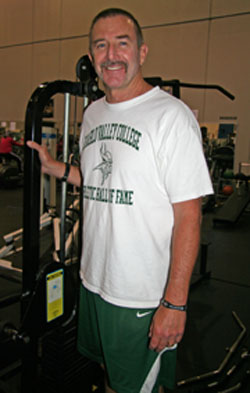 “I’m just going to be head coach for one year to allow Christine Worsley, dean of Physical Education, Athletics, Dance and Athletic Director, the time she needs to go through the process of hiring someone for spring 2013,” Ward said.

In 1994 Ward was named Athletic Director, but in 2000, following six years of performing both the AD and the head baseball coach jobs, he resigned from coaching baseball.

Ward has 30 years of experience coaching baseball at Junior College, Division 1, and high school. In 2002, he was inducted into the California Community College Baseball Hall of Fame.

“We are incredibly fortunate to have such a qualified and experienced baseball coach on our staff, and I am grateful that he is willing to step up and help us by filling this position. This position is very important to our DVC athletics program,” Worsley said. “DVC’s 2011 team was ranked no. 1 in Northern California for four weeks this past spring, and we are thrilled to have a coach who can help build on this momentum.”