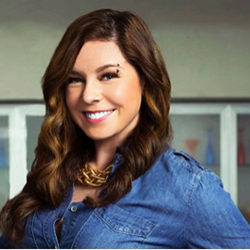 DVC student Gillian Espinoza of Oakley applied and was selected to participate in the 2014 season of MTV’s “House of Food”. After over two months and twelve episodes of intense competition, Gillian finished in second place and has already been offered a job with one of the show’s chef instructors. She will be moving down to LA at the end of the term.

About House of Food

MTV’s “House of Food” is a drama-infused take on food TV where a group of young aspiring chefs with no formal culinary training are put to the ultimate challenge. “House of Food” is a one hour, weekly docu-series that combines the exciting real-life competitive elements of culinary school, with the dramatic setting of a house reality show. The students have been chosen for their passion for cooking and food culture, and their backgrounds are as varied as their personalities. With three of the country’s best chefs as their teachers and the city of Los Angeles as their classroom, this determined group will live and learn together but only one will win an apprenticeship of a lifetime.

According to MTV.com, Gillian, a fun, vivacious girl raised on a farm in Northern California grew up learning how to cook from her grandmother. Her specialty is dessert and she dreams of opening her own bakery on the beach one day. Gillian plans to use this opportunity to honor her grandmother’s name.