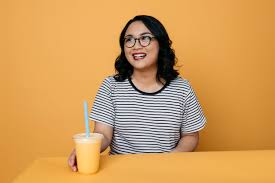 "DVC made a significant mark on the trajectory of my music career. Straight out of high school I wanted to break away from the DIY music/recording knowledge I taught myself and learn the basics in an educational environment. I took memorable classes with Tim White, Doug Michael, Mark Steidel, Guy Lento, Jon Bendich, Danny Carnahan, Michael Aczon, and Steve Sage. The music industry program solidified my endeavor into the music industry and I still apply so much of what I learned to my newfound career. I am so grateful for the time I spent at DVC!" - Melina Duterte, former DVC music student

What she does: Melina Duterte, who goes by the stage name Jay Som, is a multi-instrument and producer who recently released her first proper studio album, "Everybody Works."

Career highlights: An earlier collection of demos, released on the music sharing website Bandcamp under the unassuming title "Untitled" (later repackaged as "Turn Into"), grabbed the attention of tastemakers online such as Pitchfork, SPIN and NPR Music; leading to a deal with the Polyvinyl label for "Everybody Works."

On the brink: A lot of people tend to overlook Duterte's lo-fi bedroom pop because they see her stage name, Jay Som, on the label and make assumptions. "They skip listening to my music because they think I'm some guy who makes hip-hop music," the Oakland singer-songwriter says, calling from a tour stop in Atlanta. She plucked the moniker randomly from an online baby name generator, indicative of her casual approach to her work.

Read the full article at the SF Chronicle